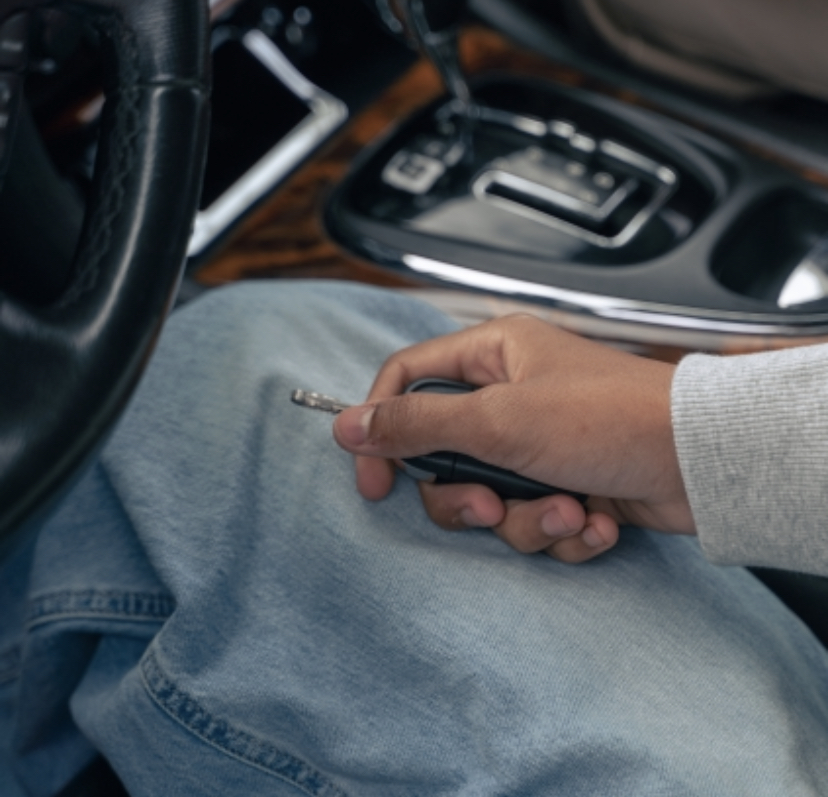 â€œMy kids were terrified to see the police,â€� testified Nadia Gonzales, a resident of Nashua who immigrated from Mexico. Gonzalez joined advocates in support of H.B. 1463 at a public meeting earlier this month hosted by the Transportation Committee of New Hampshire House of Representatives.

â€œA person can be in New Hampshire 100 percent legally but can be waiting for their papers for over a year because of bureaucratic delays,â€� said Sarah Knoy, American Friends Service Committee. â€œA warning became a nightmare for this family. Those children still today are terrified when they see a police officer. She’s back at home now, but the trauma lingers,â€� Knoy testified about an immigrant woman detained by ICE after a speeding ticket.

H.B. 1463 proposes a Real ID type of driverâ€™s license allowing people to travel inside the U.S without a passport.

H.B. 1093 would permit nonresidents living in New Hampshire to obtain a 180-day temporary driver’s license while waiting on their asylum status application.

The committee doesnâ€™t have a date to vote yet.

In Massachusetts, the House of Representatives passed a bill that would allow undocumented immigrants to get driver’s licenses.

“This is a public safety bill,” said State Rep. Andy Vargas of H.B. 4461. “It’s about making sure we keep all of our communities safe, that we have drivers that are licensed that go through the right process.”

The bill requiresÂ individuals provide documentation to obtain a license including proof of their identity, residency in the state and date of birth. The new rules would apply to those who do not have proof they are in the country legally, including those not eligible for a Social Security number.

The House voted 120-36 in favor of the measure on February 16. The bill still requires approval by the Massachusetts Senate, before heading to Governor Baker.

Undocumented immigrants in 16 other states, including Connecticut and Vermont, are already able to get a driver’s license.

Publisherâ€™s Note: this story is an aggregate from reports by NHPR and NBC Boston. 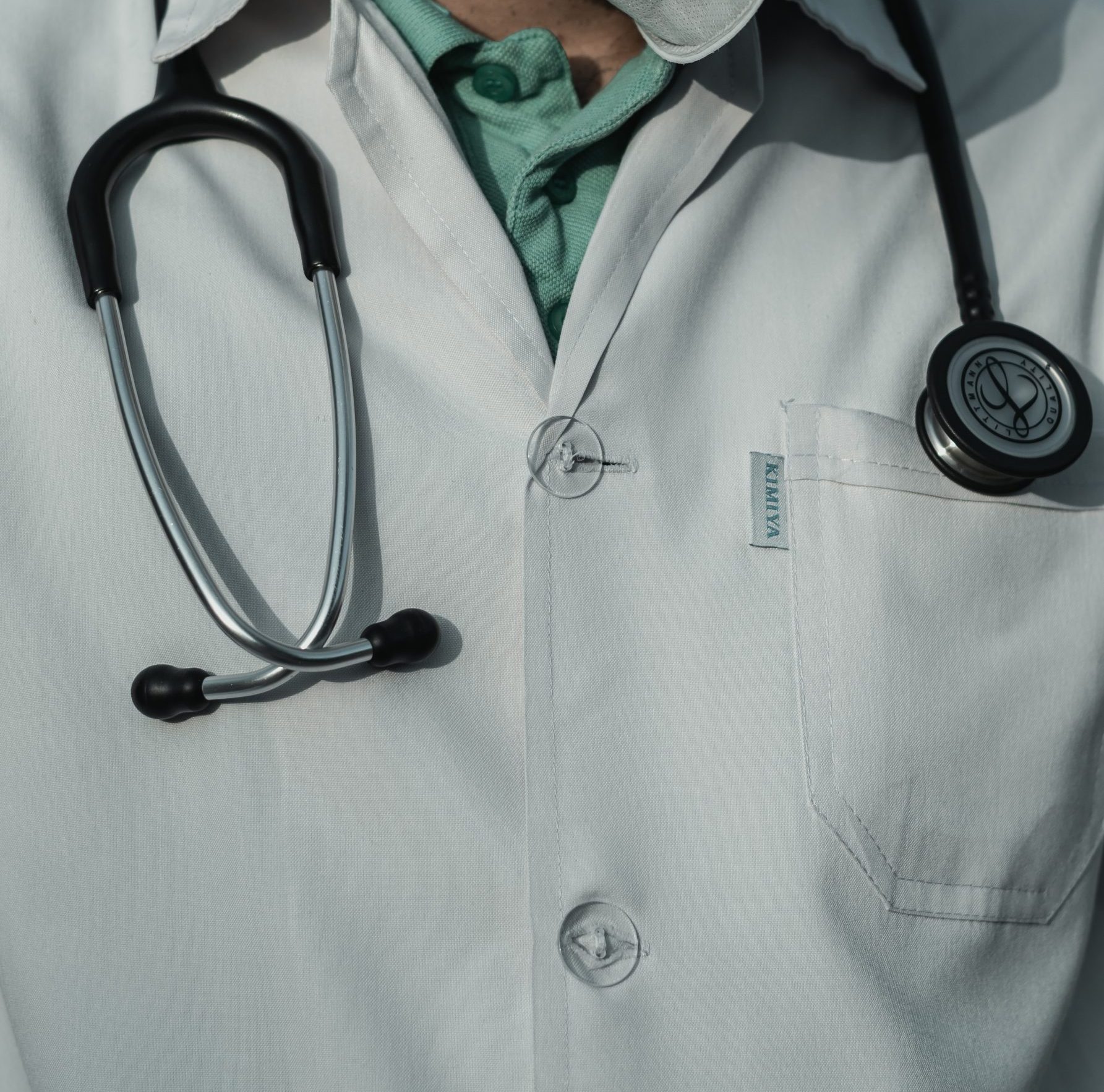 Iliana Barreto, Coordinator at Centro Latino in Manchester knows firsthand what it’s like for people who are not native English language speakers to be shamed. â€œSome feel a sense of embarrassment and some people are made to feel less than. You can get frustrated,â€� Barreto said in a recent episode of NHPR’s Visibles.

Barreto originally moved to Boston from Puerto Rico with her family and was the first to learn English. She grew up translating and interpreting for her parents. Itâ€™s a reality many children of immigrants in the U.S. live through.

The COVID-19 pandemic created new challenges for immigrants and refugees in New Hampshire seeking assistance to manage their health. Many rely on their children to navigate what can often be a frustrating process in getting information by phone or websites.

However well-intentioned, children who have to translate for their non-English speaking parents often face mental health struggles, according to a recent study. Children in these situations can typically feel like the roles are reversed. Kids are placed in a parenting role and have to make sure to â€œcareâ€� for their parents. To ensure that they have what they need and that they can get by in a society where they donâ€™t speak the language.

The same language barrier exists in telemedicine; a convenient and safer way to treat patients during COVID-19.

State Representative Manny Espitia (D) from Nashua, is one of the sponsors of H.B. 1390, a bill that would address language translation services in telemedicine.

Espitia told the Concord Monitor that coming from a Hispanic-Latino family where he had to serve as a translator for his parents when he was a kid, he knows the burden of not having an official interpreter.

â€œWe want to make sure that every medical professional has access to translation service so that a patient can get the right information,â€� he said.

French is the leading foreign language, after

Spanish is the second most popular language spoken in New Hampshire, after English. 2.1 percent of state residents speak Spanish. 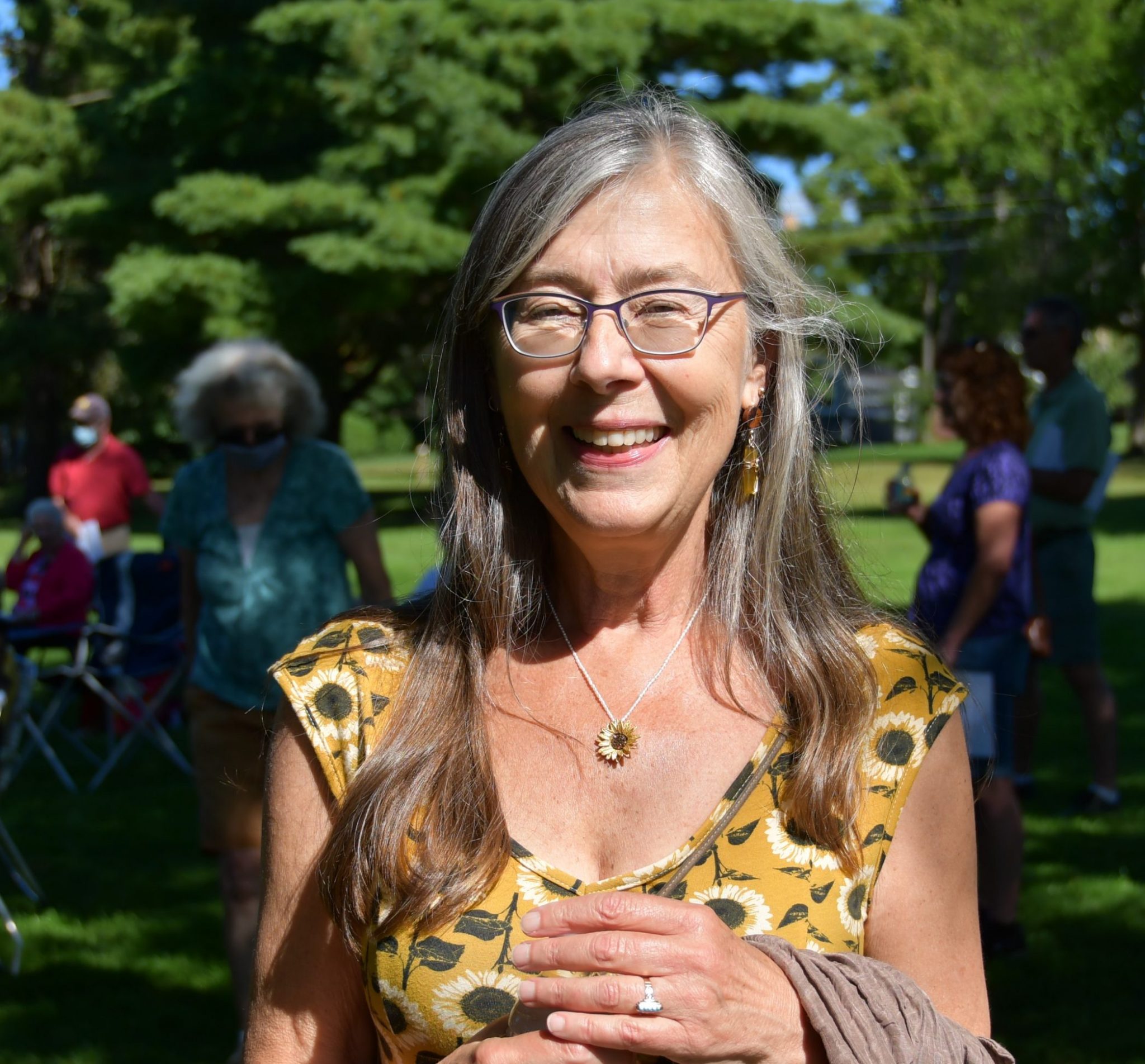 Welcome to this weekâ€™s episode of NHLN Opinion+ where we talk about major issues the Latinx and underrepresented communities face in the New Hampshire community.

This week we invited Sarah Jane Knoy, Executive Director of Granite State Organizing Project. Granite is a non-profit that promotes equal respect for all communities from a faith and democratic values perspective. They try to unite all communities by tackling issues such as poor housing, failing schools, barriers to citizenship, and substandard working conditions. The pandemic caused unemployment and poverty to become concerning problems in New Hampshire. â€œWe switched from being a community center, a place where people can drop in and learn to do emergency food distributions,â€� explained Executive Director Knoy on the transition from an organizing organization to a social organization.

Covid has prevented people from meeting in person as it has caused people to work several jobs to make ends meet. Parents are working between two to three jobs as the minimum wage is at $7.25/hour and the cost of living is high. Compared to the rest of New England, New Hampshire has the lowest minimum wage. â€œThe state legislature has passed an increase in the minimum wage a couple of times and Gov. Sununu has vetoed it every time,â€� explains Knoy as the problem is not within the presidency, but with the governor of New Hampshire and those in power.

As the state is aging, the Latinx community is growing and is the only way New Hampshire will grow. â€œThe Trump years really hurt the community. We lost people due to deportation. That created a lot of fear and that fear means if youâ€™re a member of a mixed-status family youâ€™re afraid to go to the regular service agencies,â€� explains Knoy as she talks about the challenges brought by former president Trump onto the Latinx community.

A lot of the members of the Granite state are religious. â€œWhether their faith is in the words of Jesus or the teaching of Mohamad or from the rabbinical tradition and of people of a faith but no particular religion we all come together because we believe in the shared humanity and the shared dignity that all humans deserve,â€� explains Knoyon how faith and similar values unite people. Bettering humanity and the fact that we were all created equal is the biggest motivator of engagement. Organizations that are not denominational believe in equal opportunity and rights without distinction.

Emergency Rental Assistance assists in living expenses for those struggling. Racial discrimination has been another issue faced due to the polarization presented through media. â€œLast year they passed the Divisive Concepts Law which says that school teachers canâ€™t teach the history of racism and oppression in this country and the governor supported that. That has, I think, freed up some of the people who are threatened by the growing diversity of the state to lash out with a lot of weird behavior and hateful statements. Itâ€™s pretty telling that pretty much all of the people of color on the governorâ€™s diversity task force resigned after he signed that law,â€� said Knoy. â€œI think we need a more enlightened state government and we need to not be so afraid of change and embrace the change thatâ€™s coming.â€�

Immigrants are the ones that are growing businesses and serving those in need. New Hampshire legislation needs to acknowledge these societal changes and not isolate them. Executive Director Knoy and her team have been advocating for a bill that would allow people without social security numbers to secure driverâ€™s licenses as it can lead to a more safe environment. Young Organizers United is a program that brings high school students from immigrant and marginalized groups to receive leadership training on how to get politically involved and serve their communities.

Resources mentioned in the video: 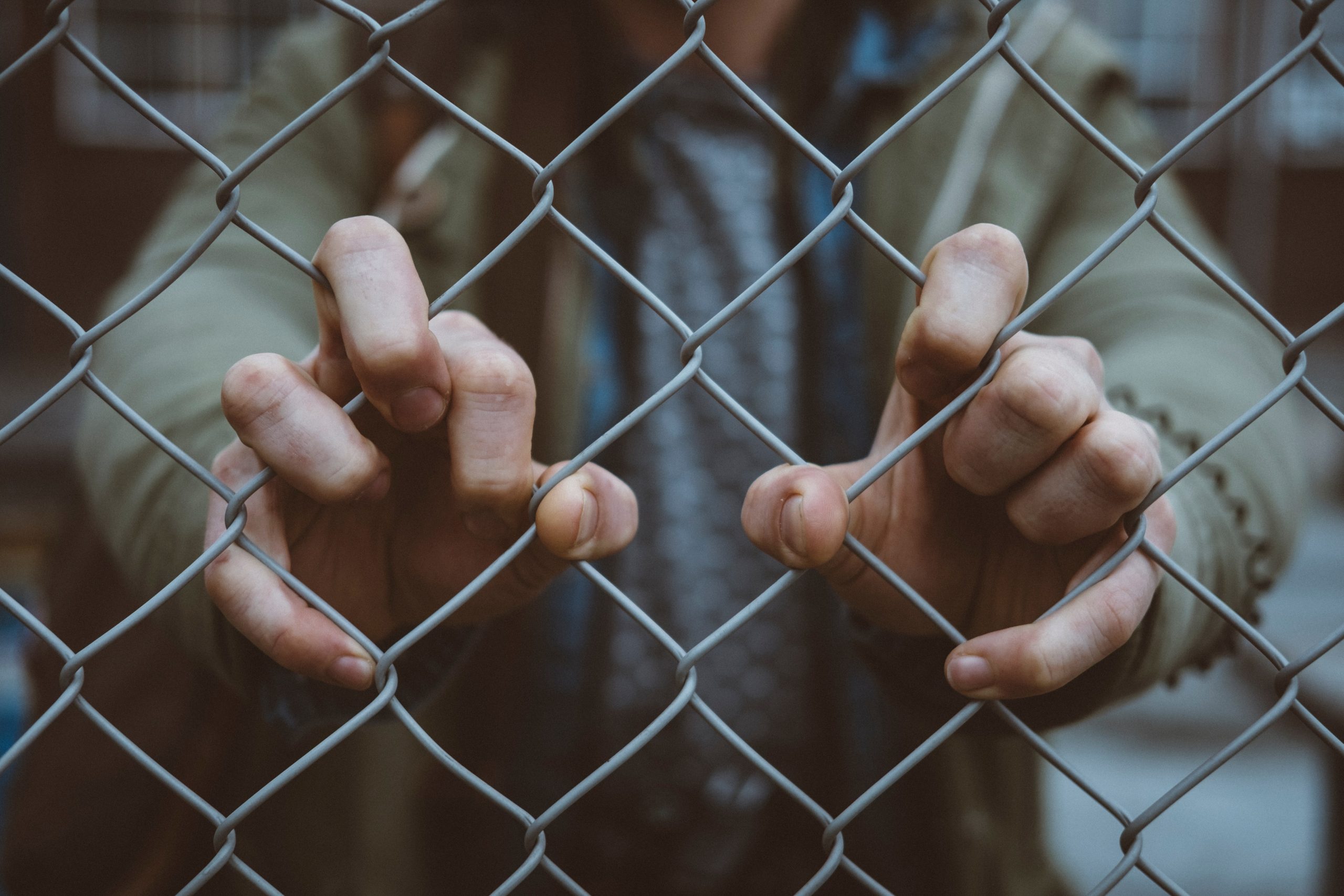 The New Hampshire House Criminal Justice and Public Safety Committee is expected to soon vote on H.B.1266, which opponents say would jeopardize the relationship between immigrant communities and local law enforcement.

“This bill would undo almost 20 years of work that we have done to foster trust in our police department,” said Eva Castillo, director of the New Hampshire Alliance for Immigrants and Refugees, one of the nearly ten people testifying against the bill at last week’s hearing.

The bill if made into law, would make it illegal for state or local governments not to adopt or enforce federal immigration laws; undocumented immigrants could be reported to Immigration and Customs Enforcement by police.

Representative Maria Perez, Democrat of Milford, is opposed to the bill expressing frustration at “the broken immigration system” and the language used by Shari Rendall, director of state and local engagement at the Federation for American Immigration Reform (FAIR), a supporter of H.B. 1266.

“It will prohibit jurisdictions from employing dangerous policies that provide a safe haven or sanctuary inwhich illegal aliens can live or work without fear of apprehension,” said Rendall.

FAIR is designated by the Southern Poverty Law Center as a a hate group.

“It is unnecessary, confusing, and vague,” said Maggie Fogarty from the American Friends Service Committee. “If enacted H.B. 1266 would trigger the risk of increased racial and ethnic profiling, animosity, and distrust of those perceived to be immigrants.” Fogarty says people of color will be targeted by the bill.

The percent of the Granite State’s population identifying themselves as Hispanic-Latino increased by more than 60-percent (2010 Vs. 2020), and the population remains at 4.3 percent, reports the U.S. Census.

Immigration advocates are asking people against the H.B. 1266 to share their testimony online. 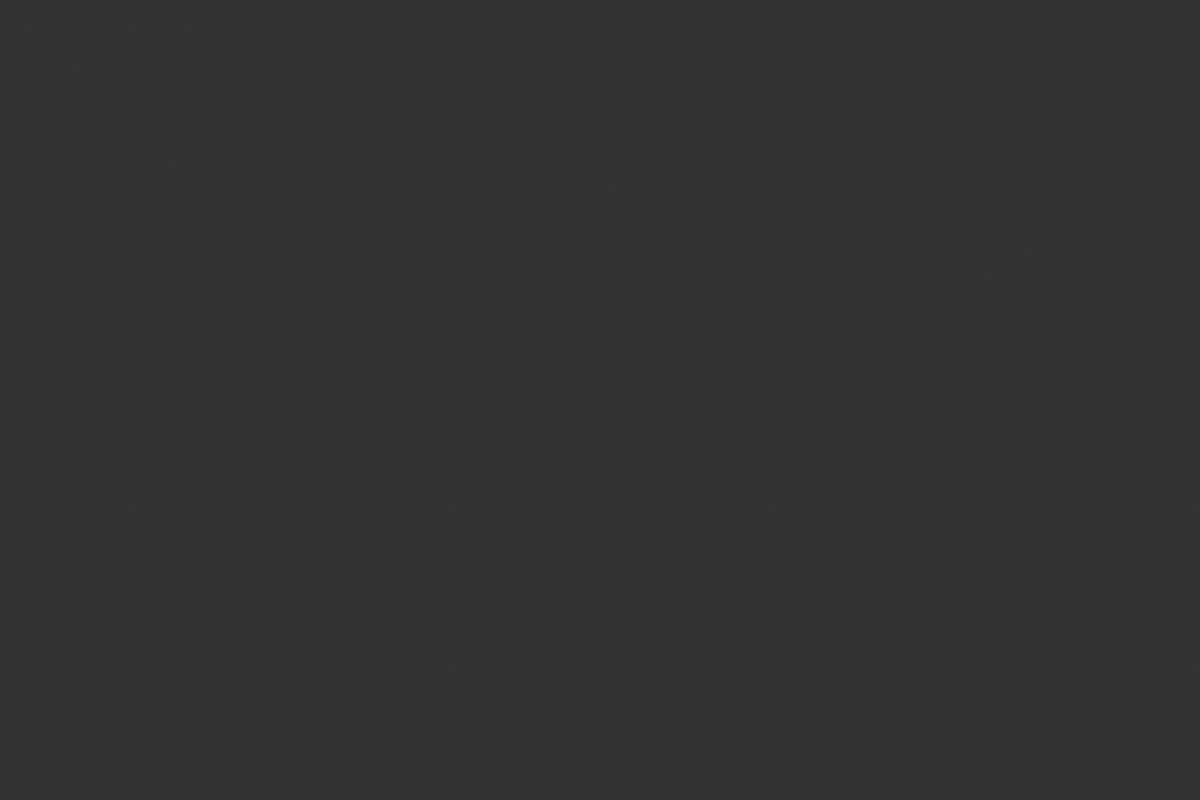 As the year comes to a close, the NH Latino News (NHLN) team is looking back at a year’s worth of producing content that provides greater visibility and voice to the Hispanic-Latino community. In 2021, NHLN introduced the “3 Questions With…” (3QW) podcast. 3QW is a public affairs program tackling matters most important to Hispanics-Latinos by speaking with community and industry thought leaders on…

What a great year 2021 has been for New Hampshire Latino News (NHLN) Opinion+, we spoke to new guests and welcomed back old friends. As 2021 comes to an end we are thankful that this year was filled with new moments that uplifted us and our community. We’d like to personally thank our reporters for all the work they do behind the scenes that never goes unnoticed. Here at NHLN…

Sitting on the stairs at the entrance of a building – shy look, short black hair, a tired tone of voice, slim and brown skin- Daniel is wearing a red helmet and vest and next to him a black bike he uses at work every day. Daniel, 25, who preferred not to give me his complete name due to his immigration status, is one of the millions of essential undocumented workers throughout the U.S.

It was September of 1957 when the Puerto Rican Sharks and native-born Jets first rumbled on a Broadway stage in a breakthrough musical called “West Side Story.” In the 64 years since, there have been countless stage performances and a memorable 1961 film that won 10 Academy awards, including one for Rita Moreno, the first Latina to win an Oscar. And now, Broadway’s most recognizable Latino…

Beloved Mexican singer Vicente Fernández, the king of ranchera music has died. He was 81. “Rest in Peace Mr. Vicente Fernández. We regret to inform you of his death on Sunday, December 12 at 6:15 a.m,” Fernández’s death was announced in a post on his official Instagram account; he died in a hospital in Guadalajara in his native state of Jalisco. Fernández was in poor health after a fall in August…